I was sadly mistaken in thinking that, even with the sun setting at 11:30 at night and rising again at 3:30 in the morning, there would actually be some darkness during the overnights of the Iceland trip. It turns out that the sun never fell far enough below the horizon for the light to get darker than a period of dusk or blue hour. But the door that closed on some things to shoot at “night”, possibly lit with a portable light source I packed and never used, opened another door of opportunity. The soft light in these “overnight hours”, when the sky wasn’t socked in with clouds, got me to look at the long views across the ocean for some reflected light, color and hopefully, something going on in the sky.

It was the pastels that drew me in, and with the new 70-300mm lens, I was able to reach across the distances and capture some simple compositions that would have been unattainable with my previous, manual focus, vintage lens that only went to 200mm. These photos wreaked havoc for any normal patterns of sleep, as they usually ran into the sunrise of the next day, making rest a thing that was occasional at best, and usually forced upon me by exhaustion later in the day. 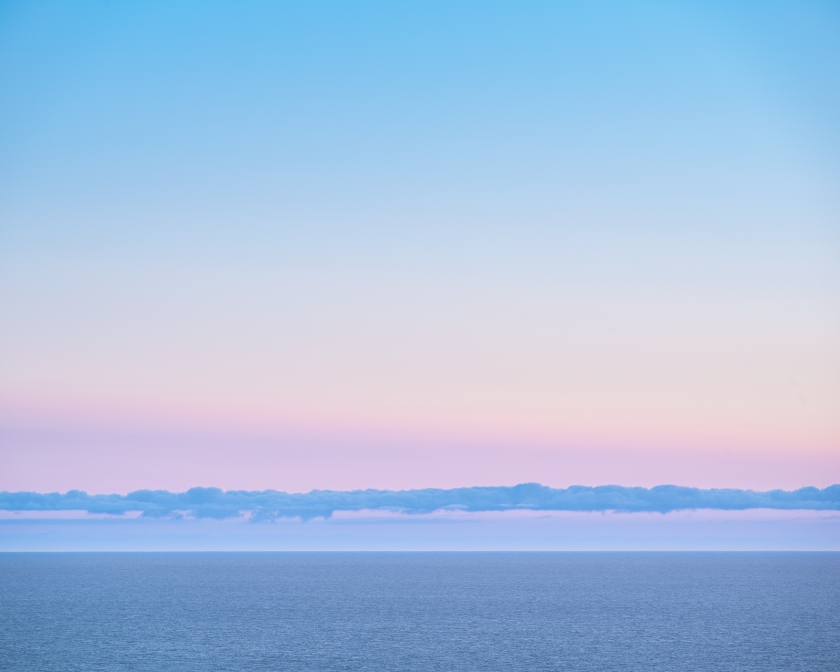 Being out in the wide-open landscape of some of the fjords, allowed some far-reaching views, but also exposed the camera to some ferocious winds which affected the sharpness of some of the images. Supposedly, we are to turn off any lens stabilization or vibration compensation if the camera is mounted on a tripod, but it may actually be helpful in these conditions. However, I tried both methods, and came to no conclusions. Shorter shutter speeds would most likely be the answer for any softness, but I am always reluctant to go above ISO 400 because it introduces a bit of noise, and absolute smoothness in the color gradations is paramount, especially if seen at large magnifications or prints. So it will always be a trade-off in those situations, while the softness, if not too extreme, may actually be a benefit if a watercolor effect to the image is the desired result. 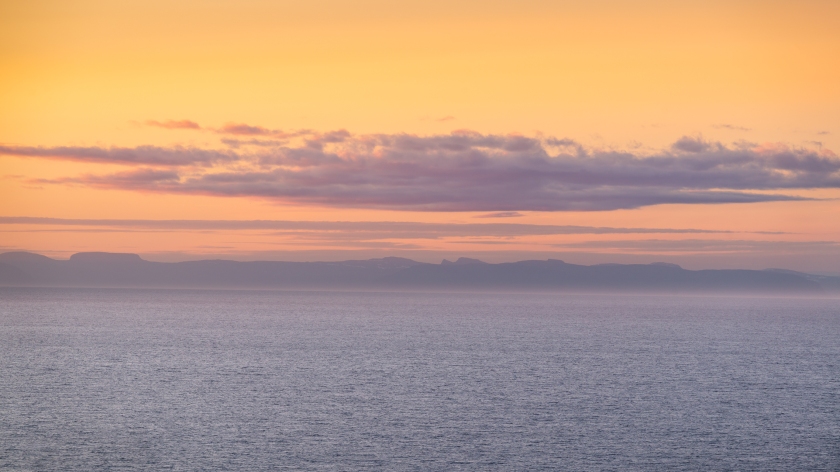 Generally, it was a clean and simple view that worked the best. No clutter, no leading lines, and no foreground item to search for. These images always remind me of some of the paintings by Mark Rothko… areas of bright color broken by small strips of darker color. The breaks were usually the land on the opposite side from where I stood, or as in the third image of the post, it was the thin line of clouds. Only in the image at the top was any “foreground” element included, but only because the house almost “had” to be included. When that scene came into view, its inclusion was a given. But what really intrigued me while I was driving along this particular stretch of coast, was the unusually bright ocean when compared with the sky. Not sure why it was, but generally, when compared to the sky, water is about 2-stops darker, as in the image above, which is why a 2-stop hard edge ND filter is perfect for ocean images that include the sky. But no filter was used in the making of this one because it would have darkened the clouds too much. 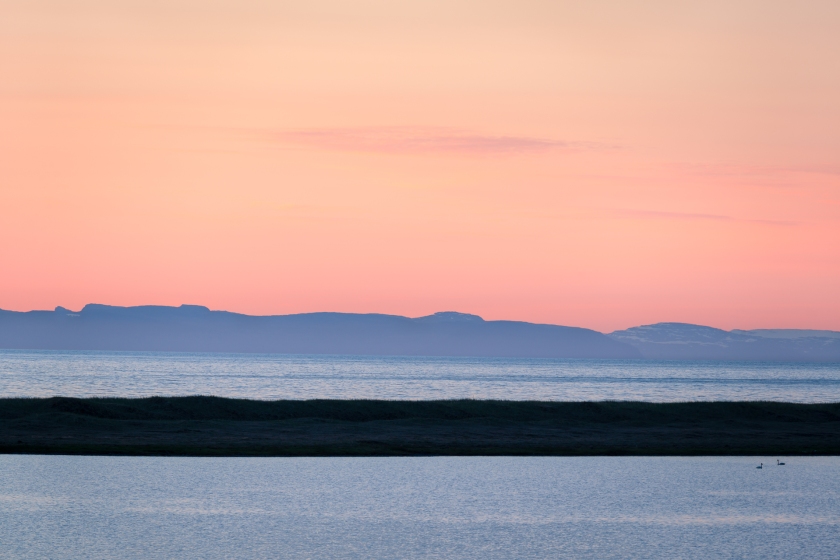 One small equipment problem I experienced for these images was focus. With much of the frame blank sky in many of the shots, the lens hunted for something on which to derive a point of focus, and I often had to override to manual. 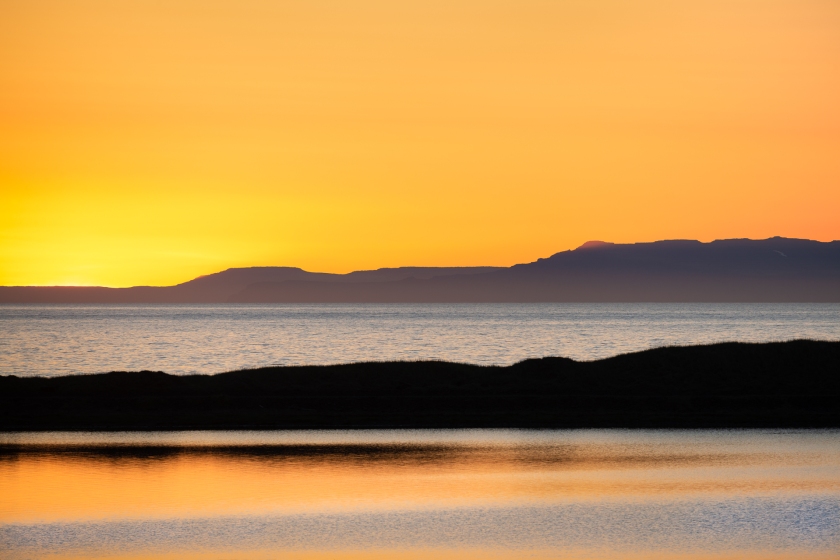 But, most importantly, each image was taken in complete solitude, something that is also on my list of things to experience when on a photo trip, far from the crowds of other tourists and photographers. It is a moment when there is a noticeable connection with what is before me, and I feel an overall tranquility in both the land and myself. And so I am thankful for the discovery of the midnight dusk.